Waterfront Masterpiece On The Market In Bay Harbour Islands

This masterpiece in Bay Harbour Islands, Florida has the best of both world's. This estate boasts five bedrooms, five full bathrooms and three half bathrooms laid out spaciously over nine thousand two hundred and fifty square feet of perfectly appointed living space. With the best of both world's there is a waterfront to this home as well as panoramic views of Indian Creek Golf Course. The Mediterranean style of this home is like you woke up on the Amalfi Coast in Italy. The featured chic designer finishes include sleek marble flooring, mahogany wood details, soaring vaulted and arched ceilings and mesmerizing natural light. The backyard resort like oasis has a sparkling swimming pool, whirlpool spa, over sized patio area, boat dock and an outdoor generator. 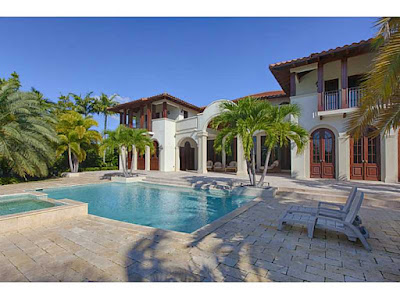 
Residents of Bay Harbour Islands are in close proximity of world class dining and shopping at nearby Bal Harbour Shoppes, world renown South Beach and Aventura Mall. The Miami International Airport is a short drive foe added travel convenience.  The pristine beaches of Bal Harbour are only steps away!
Posted by Distinct Estates Copy at 11:06 AM No comments:

This contemporary majestic masterpiece located in Vero Beach is a must see. This home sits peacefully on over two hundred feet of direct oceanfront property. The eight bedrooms, eight full bathrooms, and four half bathroom stunner is laid out over eighteen thousand square feet of resort inspired living space. This breathtaking abode features modern sophistication and international prestige. The lighting installations in the soaring glass wall living and dining rooms captivates every audience. The garage boasts ten bays for all the vehicles and toys you would need to house. The chef's dream kitchen has all built in stainless appliances, custom cabinetry and sleek counter tops. The flooring throughout the home is marble, tile, hardwood and slate. The sparkling infinity swimming pool overlooks the scenic oceanfront. There is a gorgeous guest house with it's own private pool as well. The pristine beach on the Treasure Coast is just steps away from this gem. 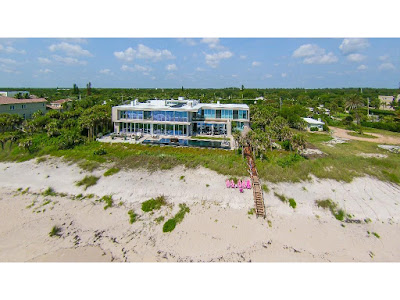 This Veromar listing is courtesy of Premier Estate Properties MLS# 167227

Residents of Veromar are in close proximity to nearby world renown shopping, dining, and entertainment in Orlando, Florida. The Orlando International Airport is a short drive as well for convenient travel plans.
Posted by Distinct Estates Copy at 11:51 AM No comments: 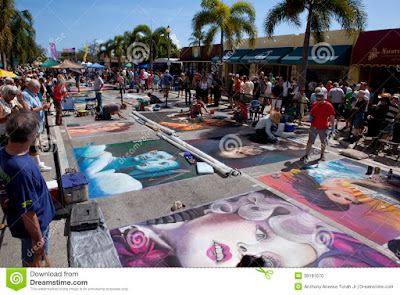 On Saturday and Sunday over 600 artists will turn Lake Worth’s Lake and Lucerne avenues into their personal canvas for the 22nd Annual Street Painting Festival, proclaimed as the world’s biggest by coordinators. It’s approximated more than 100,000 people will attend, a far cry from the 7,000 people who came to the first festival in 1994 that was held on J, K, L and M streets.All paintings are made of chalk. There will be 260 of them this year! The paintings, of course, are temporary, with tires acting as giant erasers or the rain washing them away. The festival is produced by Street Painting Festival Inc., a local nonprofit. It’s free and starts at 10 a.m. There’s also music at the Cultural Plaza and several food courts.
Art work ranges from masterpieces to cartoon characters. No commercial or political statements are allowed, with artists required to submit what they plan to create with their application.
Bessenroth Builders, a West Palm Beach construction company, is also bringing in two, 20-foot shipping containers that will be wrapped in plywood for selected artists to create murals.
To make the festive stream better, organizers have also spaced out the artwork, with more works being shifted to K Street. In order to get close to the artists at work.

Posted by Distinct Estates Copy at 12:10 PM No comments:

This gorgeous riverfront home in Sebastian has scenic breathtaking views. The Sebastian Inlet can be viewed from nearly every room of this brand new constructed home. This four bedroom, three bathroom, and one half bathroom home is spread out generously over almost three thousand three hundred and seventy five square feet of perfectly appointed living space. The home features custom LED lighting and designer chandeliers throughout.The stunning staircase is constructed from reclaimed barn cedar and cypress barn wood. The kitchen boasts an island and custom cabinetry. This home has its own sparkling swimming pool that faces the glistening waterfront. The private dock has a boat lift perfect for the avid boater! This house has a two car garage, laundry room and a beautiful wet bar. 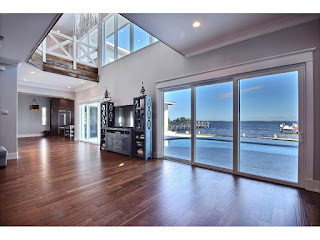 Residents of Sebastian are in close proximity of world renown entertainment city of Orlando. Orlando offers great dining, shopping, and entertainment for everyone. Orlando International Airport is a a quick ride for travel purposes. The pristine beaches of the treasure coast can be easily enjoyed with in just a few miles of your new home.

Posted by Distinct Estates Copy at 11:07 AM No comments:

This Jupiter Yacht Club residence in Jupiter, Florida is newly listed on the market. This three bedroom and three bathroom unit is generously spread out over two thousand six hundred and ninety four square feet of perfectly appointed living space. This unit is in the prestigious Jupiter Yacht Club. This condo is ideally located on the first floor with scenic intracoastal views.The lanai is over sized and perfect for entertaining by the water. This is an extender islander model that features an extended master bedroom. The spacious walk in his and her closets are an added bonus. The master bathroom boasts dual sinks, a Jacuzzi tub and separate shower. The main areas feature marble floors and bamboo floors in the bedrooms. The two guest bedrooms have their own private bathrooms and one has it's own patio. 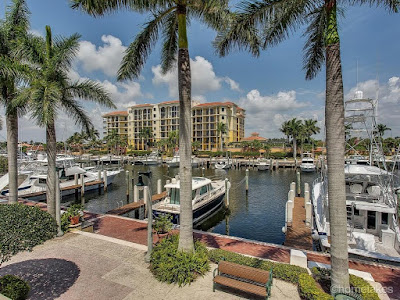 
The Jupiter Yacht Club offers boat slips in the protected marina for purchase or lease. Jupiter Yacht Club has direct elevator access to each unit, under building parking, a heated salt water sparkling swimming pool and spa, poolside bar be que. A manned gated entry and direct intracoastal views.
Posted by Distinct Estates Copy at 11:32 AM No comments:

On February 24-28, 2016, the Food Network & Cooking Channel South Beach Wine & Food Festival hosted by FOOD & WINE features some of the best food and wine professionals from around the globe.
Amid the focal point of the four-day food and wine festival are wine tastings, gourmet dinners, seminars, cooking demonstrations, tributes and the Food Network Awards Show. Past rosters for SOBEWFF such names as Emeril Lagasse, Bobby Flay, Rachael Ray, Martha Stewart and Guy Fieri.
PROMINENT EVENTS
With over 60 occasions to elect from throughout the four-day festivities, you’ll be active wining and dining. Select from forums, cozy dinners, late-night celebrations and grand tastings. An affair you won't want to miss includes the Oyster Bash presented by Island Creek Oysters hosted by Josh Capon and Jeremy Sewall, boasting delectable delicacies from the ocean paired with a great array of wines.
Be surround over 25 of the country’s dominant burger maestros at Amstel Light Burger Bash granted by Schweid & Sons hosted by Rachael Ray. It’s a cook-off where you get to vote who will take home the year’s envied Amstel Light People's Choice Award. Enjoy many of the best burger recipes and refreshing Amstel Light Lager beer at this beloved occasion.
Adore brunch? You’re in luck. There are various brunch experiences introduced by top Food Network TV stars, including the Southern Kitchen Brunch hosted by Trisha Yearwood. Think, fried chicken and waffles, crawfish grits and warm apple pies. 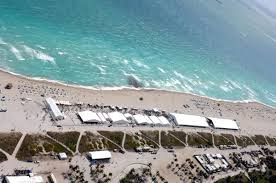 TICKETS
It is no surprise that tickets to the events throughout the festival weekend are a hot commodity, with many of them selling out before the event date. Tickets go on sale generally at the end of October of the previous year. MasterCard cardholders can enjoy special presale access to tickets.
Purchase tickets until 3 p.m. on the day prior to an event at sobefest.com or by phone at 877-762-3933. The festival’s box office at 13th Street and Ocean Drive is open 9 a.m. to 5 p.m. each day of the festival.

Posted by Distinct Estates Copy at 12:44 PM No comments:

Enjoy panoramic views of the Indian River and the Atlantic Ocean on this Ambersand Beach home in Vero Beach. This four bedroom and three bathroom home is generously laid out over four thousand six hundred and forty square feet of perfectly appointed living space. Just renovated from the studs up this home is complete with fine finishes. The chef inspired kitchen has a beautiful eat in island, sleek granite counter tops, a full suite of stainless steel designer appliances, and exquisite custom wooden cabinetry. The master bath features a Jacuzzi tub with a separate glass enclosed shower. The scenic vista of the ocean can be seen from almost every room. The home has a private boat dock with tiki hut and two boat lifts on the river side. There is a dune cross over with a tiki hut on the ocean side as well. 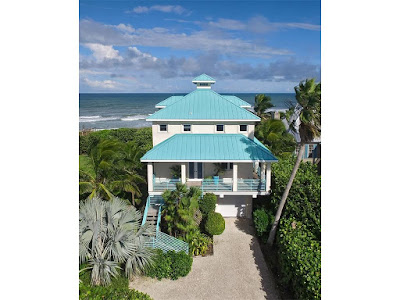 
Vero Beach has the most pristine beaches along the treasure coast. The Vero Beach Outlets is just a short drive. The metropolitan city of Orlando is a short drive for the convenience of having an International Airport close by.

Posted by Distinct Estates Copy at 10:06 AM No comments: